On Emancipation Day in the year 2000, Rohan and Julie Singh, welcomed their son Bernard into their family.

However, a short time later, during a routine visit to the pediatrician, they received some unexpected news – Bernard had been diagnosed with Down Syndrome.

For the Singh family, Bernard’s diagnosis while unexpected, was not one that caused disappointment or heartbreak.

“It wasn’t a situation where we got something that we didn’t want or that we were disappointed. We were happy to have a baby.”, said Bernard’s father, Rohan. “The doctors advised us to raise Bernard as we would raise any other child. We considered it a learning experience and did our best to ensure he lived a normal life.”

After graduating from preschool, 7-year-old Bernard was accepted into the Buenos Ayres Government Primary School and during his time there, Bernard began showing an interest in sports and taking photos. With his outgoing personality, he also displayed a love of dancing and he would eagerly demonstrate his skills whenever the opportunity arose at social gatherings. He eventually graduated from Primary School at age 15.

Bernard currently attends the Lady Hochoy School in Penal. As a student, he is actively encouraged to participate in all school activities and is even a member of the school’s choir. During his school’s sporting activities, Bernard was introduced to the game of Bocce and as time progressed, not only did his skill increase, but so did his love for the game did as well.

Joining his fellow athletes, Bernard made the trip to Abu Dhabi in the United Arab Emirates to compete in Bocce in March 2019. He showed great determination and enthusiasm throughout the competition and after an intense tournament, he secured third place, earning a bronze medal. His achievement at the event was further recognized when he was also awarded a First Citizens Bank Sport Award for Bocce upon his return to Trinidad.

Aside from his sporting activities, Bernard, a devout Catholic, is very active in his church’s parish in Erin, where he serves as an altar server and a member of the church’s youth group, Light of Christ. His devotion to his faith continues to inspire him to fulfil his greatest ambition – Meeting the Pope in Rome.

“I want to visit Rome so I can meet the Pope and take a photo of him,” said Bernard. His father, Rohan added, “He was very excited to visit Abu Dhabi earlier this year as he believes it was close to Rome. He has always spoken of meeting the Pope, so he felt he was closer to achieving his dream.”

To help realize his dream, Bernard began studying photography under the tutelage of InFocus founder and veteran media photographer, Krishna Maharaj. Maharaj noted that while he had prior experience in teaching students with special needs, he had not yet taught a student with Down Syndrome.

“It was a learning experience for me as I have never before taught a student with Down Syndrome. With Rohan’s guidance and Bernard’s enthusiasm it became easier for me to understand how Bernard learns and how to adapt to his needs,” said Maharaj. Maharaj further praised Bernard saying, “he has a great eye for photography, his photos are very good.”

Bernard’s parents hope that by learning photography, the door will open for him to become more independent.

“We hope that it allows him to become more independent, to be able to fend and take care of himself without being taken advantage of,” said Rohan. “Photography was always something that Bernard liked, he would always take photos. Maybe one day he will be able to take photos for the newspapers or for his own business.”

The Singh family is a member of the Down Syndrome Family Network, a non-profit organization which provides support to families and caregivers of individuals with Down Syndrome. In addition to providing networking opportunities, the organization also hosts workshops, lectures and seminars with various professionals including speech therapists, psychologists and medical doctors.

“The Down Syndrome Family Network provides support and education on Down Syndrome to help us better understand how we can help children like Bernard to live a normal life,” said Rohan. “We also get to meet other parents and children with Down Syndrome, so we can share our experiences and learn from each other.” 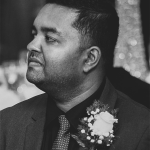 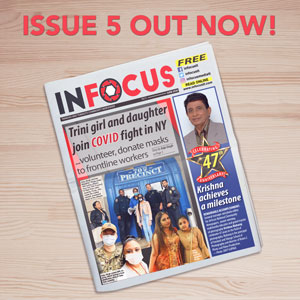